You are here: Home>Topics>Shopping>Remembering the local shops and a letter from Father Christmas

Remembering the local shops and a letter from Father Christmas 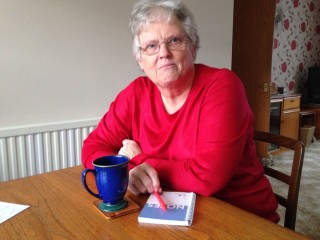 The local shops and a letter from Father Christmas

Queens Square, and it literally was a square to start with. There was always a bakers on the corner as you go into the square and then there was, hard… there used to be a hardware shop in there called Goodrich’s, a drapers, a sweet shop, two chemists, the café which was on the Post Office side and it was just one shop front but then it moved to where it is now cos it’s now a double, a double shop front. The Co-Op’s always been there, Windmill Café, yeah that’s what it’s called Windmill Café. There used to be, Fine Fare’s on the corner of Great Road, which is now a block of flats but also down Great Road there was a garage and the garage used to be the Post Office and I can remember going there near Christmas and posting a letter to Father Christmas and getting a reply from him, which I still, I still have got, that letter.