You are here: Home>Topics>Work>Gerald Model - setting up a new business in Hatfield New Town 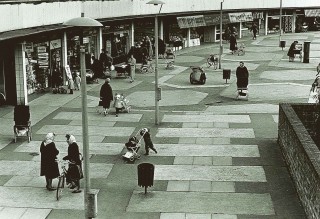 Reaction to newcomes and demographics 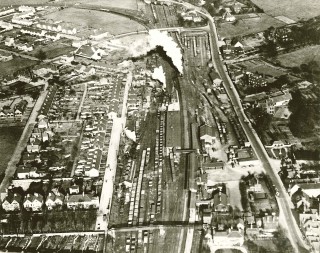 Gerald Model came to Hatfield in 1959 from St. Albans to set up a new Chiropody practice. He comments on the reaction to newcomers, the town’s demographics, its surroundings and shopping facilities:

“Yes, I think there were divisions, even in Round Table. The people who had been much more established in the town were certainly slightly separate at times from some of the others, but that’s natural it is purely a question of having known people for so long. I can’t say I noticed a reaction to newcomers in Hatfield as might have happened in some places. I don’t really think that there was any animosity to newcomers. A new town being placed upon an old one. We were a very young town, when I moved here I well remember a statistic being given that the average age of Hatfield being 17 1/2 years. So many young parents and young children, that reduced the average age. Slightly different now. I think there were great attempts to develop a community spirit. When we first came here the development corporation had a reception for us in the hall at the Hilltop. The idea of that was to meet the local dignitaries, Barbara Cartland who was the County Councillor at the time and Reg Simmons and one or two other people. And there was a great effort to establish groups, interest groups of varying sorts, as with most places I think this took a long time. Certainly the national newspapers ran stories of the dearth of interest in this new town, related to people that had been used to having a lot of entertainment provided on their doorstep who travelled out….who had lived in London.”

Gerald Model on shopping: “The construction of them mainly in concrete was cold but that was the material of the time….I think we had some very useful shops, some very useful dress shops for ladies and some good family grocers, and butchers and greengrocers and they provided very good services, but I think Hatfield was developed at a time when people started to get cars. I wonder if that wasn’t part of the problem with Hatfield, a lot of people wanted to go elsewhere to look at other places and to shop elsewhere and I think the people who do the complaining about Hatfield if they spent more of their money where they lived they might still have more facilities than they have now. I really think the people of Hatfield only have themselves to blame for their particular position that the town finds itself in now. Disproportionate to anywhere else, because some of these changes have happened everywhere.”