A member of the group recalls her diary entries, detailing a series of meals eaten in 1966!

"Meals in 1966" By Boomtime Contributor 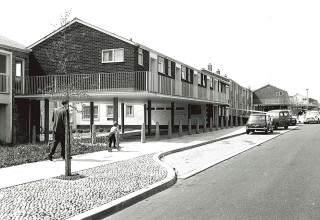 “The peculiar thing at the beginning of 1966, was that I seemed to cook the joint on the Saturday and have it cold on the Sunday.  It was just after Christmas, I don’t know why.  One Sunday we must have had an extra Christmas pudding left because this was the 16th January.  Braised beef and vegetables and brussels, then Christmas pudding and custard.  Then at tea time ham sandwiches and banana sandwiches. And the next day we had Cornish pasties, probably made with some of the beef. Potato scones, probably made with some of the potato and gravy. Christmas Pudding and custard.  And omelette and mushrooms at tea times.  And the next day fried liver, onions, tomatoes, mashed potatoes, creamola and apple tapioca pudding, and then at tea time kippers and gingerbread!”