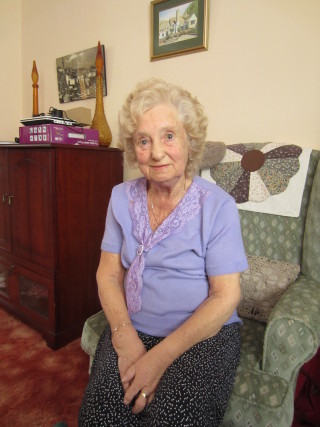 No shops, my husband had stayed here for about four or five months and he took me into Hemel shopping centre. Well I couldn’t believe it, I wouldn’t have called it a shopping centre at all, it looked like houses and the fronts of the houses had things in the window what they sold. Well we didn’t have many buses either to get there, cos we never had a car. We had the Bream Bus and there was another one, the Rover. They come, but they didn’t come very often, but they did come. But the impression of shops was a bit of a downfall, sort of thing, because I come from Sutton, that had houses, you know shops all over the place. So we’d go down there and I said to him “you call this a town?” but it’s been changed three times since then, over the years, not stayed the same as it was when we first moved in.