You are here: Home>Topics>Shopping>Boomtime Recording - The Milk Cart

A member of the group describes her memories of the horse-driven milk cart delivering to her street. 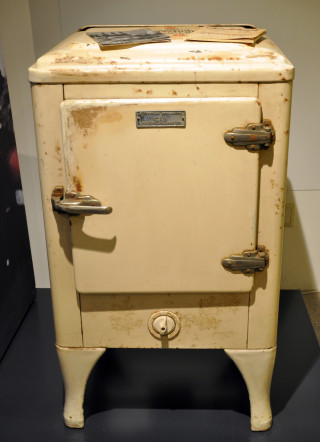 A 1960s gas refrigerator similar to those which were supplied by the Development Corporation for Hatfield’s New Town homes.

“The milk came around with a horse and cart and they used to stop just next door but one, up the road.  And if I were able I was always the first to go and get a pail and a shovel!  And I managed to save up for a fridge in 1957 and it was £70 which of course in those days was a lot of money.  It was a Kelvinator, but it was a question of saving up and that was  in those days a lot, fortunately they have come down from what they were then.”