A member of the group describes her memories of the mobile grocers that would attend her home area of Ellenbrook Lane. 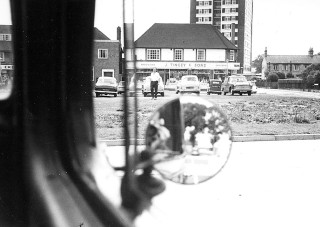 “In the Ellenbrook Lane area, we had someone almost came around more or less every day.  We met our neighbours through that.  Tingey’s would come and it wasn’t any more expensive than it was if you went down there.  Tingey’s twice a week, baker (forget which one) twice a week, greengrocers twice a week – different ones.  Homemade cake lady – when things were rationed there were no eggs- so welcomed her with opened arms.  Fish man… I mean all the shops and they were about the same price.  And if you sent for anything they would bring it up straight away.”