How Una came to Hemel Hempstead

Una Taber and her husband Leslie moved into a house on Newfield Lane in July 1951, this is her story. 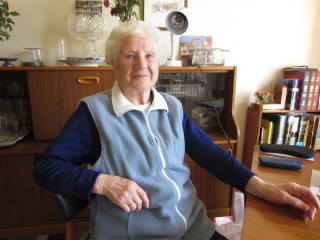 How Una came to Hemel Hempstead

When we got married we went to live with my husband’s parents in Edgware and we had a bedroom and a living room that we had to share everything else. Well then my son was born and that wasn’t too bad that carried on alright and then I was going, expecting my daughter and it just didn’t seem like a lot of room so we got in touch with the Hendon borough asking if there was any chance of us having a flat or house and they said no we’d have to have at least 4 children before they’d move us and then a week later we had a letter asking us if we would be interested in coming out to Hemel Hempstead.