Gwen Marshall recalls her thoughts on the development of the Hemel Hempstead New Town. 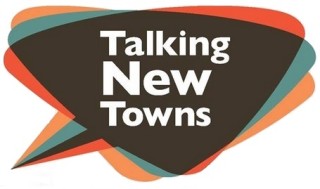 Thoughts on the New Town

This interview was recorded in 1996 and every effort has been made to find a member of the interviewees’ family.  If you, or someone you know is related to Gwen Marshall please contact the museum (The Dacorum Heritage Trust Ltd) directly on 01442 879525 or info@dacorumheritage.org.uk we would like to hear from you.

GM : And of course the school had a lot more part to play, a lot bigger part to play, then normally in an established area. Because it was the only meeting place of any size, so if you wanted a big meeting obviously the school hall was the place. So the PTA got going and the drama group got going, the Maylands Players and that was really the home for a while for quite a large section.

I : So that feeling of neighbourhood and sort of everybody getting together, obviously worked for quite a long time. Do you feel that it’s tailed off now, that they don’t seem to be the same?

GM : Yes, I remember Melhuish and I talking about it this before I left to go up to the North West and he said this will all change, everybody will become so blasé, so accepting of everything that they’ve had that we won’t get this spirit to last and it did happen. Of course another funny thing that happened, that we were all surprised at, is that every time there was a new neighbourhood somebody from the first neighbourhood would start the ball rolling, saying “oh I’d love to live up there” and off they’d go and transfer up to the next new neighbourhood.

I : I’m glad you’ve mentioned the other neighbourhoods, because Adeyfield was the guinea pig, it was the very first and followed on by Bennetts End, Chaulden, Gadebridge and Highfield and so on, Warners End. Do you think the same efforts were put in to the other areas as went into Adeyfield.

GM : Well there’s a history, isn’t there? As governments, as the government changed policy and had to have tighter finance of housing so it influenced the neighbourhoods. Adeyfield, you’ll notice, the streets on the whole are wider and there’s more planting. Abel Close was to take the executive body of people from the factories. And for a short time did, it was the posh close to be in.

I : That’s why there’s four bedrooms?

GM : That’s right, and garages. But of course if you really made good you went to Gaddesden or Frithsden, so they did move on but that’s why he really wanted them mixed, he didn’t want everybody to be of the same level of income. This really did work quite well in Adeyfield and then the factory floors had to be manned and you had to have a big influx and so they had to build down to what the incoming tenants could pay. You’ll notice long stretches of Bennetts End houses that are smaller and cheaper. They tried very hard to make them attractive and there’s quite a nice curve of houses, I can’t remember the name of the street now, but that was really very nicely planned and the architect was well known then, who did that. So they did try very hard to keep some sort of architectural interest but it’s never so easy once you get into cheaper houses. There’s one stretch, in Chaulden, where they produced houses because the minister had said, you must have houses within the, the income possibilities for Dustman and the poorly paid, area. We knew them as ‘LCH’ houses, Low Cost Houses and I was really shocked when I went into them, because they were pared down to the bone, and not really fair for a family I didn’t think.