You are here: Home>Topics>Work>Baroness Denington of Stevenage discusses joining the Stevenage Development Corporation in the early days of Stevenage

"He said “I want to invite you to become a member of the Stevenage Development Corporation” and like a little child I clapped my hands and said “how lovely!”. Can you imagine anything more challenging or more wonderful?" 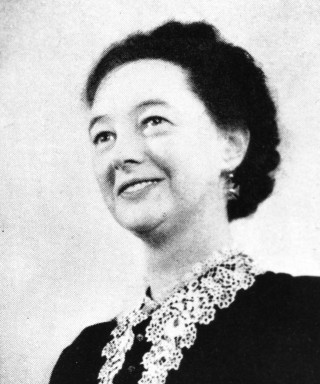 Interviewer: So how did you become involved in the Development Corporation in Stevenage?

Denington: Well, I had a letter inviting me to go and see the Minister who was Lewis Silkin, who is commemorated in the, if you look, in the lettering around the pool in the Town Centre.  Lewis Silkin invited, asked me by letter to go and see him and I remember plainly, he said “you know why I’ve asked you to come and see me?”  and I said, these are the actual words,” I haven’t a clue” and he said “I want to invite you to become a member of the Stevenage Development Corporation” and like a little child I clapped my hands and said “how lovely!”. Can you imagine anything more challenging or more wonderful?

Interviewer: So you arrived?

Denington: in 1950, right at the beginning in January.

Interviewer: When did you first visit Stevenage as a board member?

Denington: Oh I’d known Stevenage before because my mother and father in law lived in Letchworth all through the war, I knew Stevenage. Oh I suppose when I was in the corporation I first, you know, went out. It was hardly, I think one tiny little row of cottages been built and that was all but it was so exciting.

Interviewer: Do you feel the other board members shared your enthusiasm? Were there any who didn’t?

Denington: I don’t think so but in different measures of course. Because we were members of the Labour Party and the Chairman when I joined, Monica Felton, she was a member of the Labour Party of course.  You know after the war we all thought we were building a great Brave New World.  You know we were all dedicated really to build a Brave New World and the Brave New World was very much to be the New Towns. So no it was, we were all filled with enthusiasm.  Dedication if you like.