You are here: Home>Topics>Work>Donald Hodson - Roundtable

Like many other towns and cities Hatfield's Roundtable group was a meeting group of young business and professional men from the local community. Donald Hodson describes more about his experience as a Roundtable member in Hatfield. 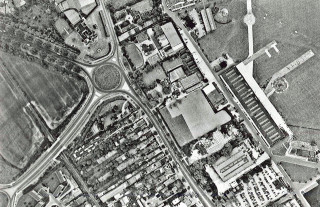 “[What particular steps did you take to get involved in the local community- you mentioned Roundtable?] Essentially  Roundtable full stop. [And how did you get involved with that?]  I had a telephone call from Trevor Saunders, who was the managing clerk to Maybury and Gibson an old established firm of solicitors in St Albans Road and roundtable had just been formed.  It had had its charter but it was still very new, they were looking for members and he’d heard there was a new chemist.  I think quite soon after coming to the town he approached me and I went to speak with him.  It sounded like a good thing and so I joined and remained. That would have been about late 1950s, and I think I joined in 1959.  [where did it meet?] Cranborne rooms, well the Red Lion.  It was quite a long time later that we moved to Hilltop.  [How much did you have to pay, can you remember?]  Well we left the Red Lion because they wanted to put it up to 7 6p [That was for a three course meal?] Yes, and we thought that was too much and so we went to Hilltop for 7 bob I think which is what we were paying at the time, something like that.  I know I was on the committee that was defuted to look into it and we went all around the town to try and find places, and we decided we’d try Hilltop and we stayed there for quite some years.”