Hatfield’s Chess Club became one of the top four clubs in the country at one time. Donald Hodson explains more: 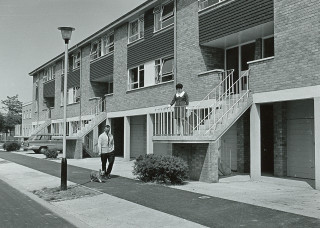 “They were one of the top four clubs in the country because one or two people who could play chess, a bit, happened to live locally. They attracted others because of course success breeds success and away they went.  They got into the semi-finals of the club championships on more than one occasion, not in my time I hear.  The first trophy awarded was a club trophy and it was done on a knock out competition and it was presented by Barbara Cartland and it was the McCorquodale trophy and the problem was that the same people tended to win it year after year.  And with my well known sense of fair play I devised this idea of having a trophy which was actually a chess clock with a band around it for putting the names of the winners.  The idea was that you could only enter for the Hodgson trophy if you hadn’t won either the McCorquodale or the Hodson already.  It was open only for people who had never won anything.  As far as I know they still play for it.”