You are here: Home>Topics>Moving in>Mrs Anne Cotter discusses how she came to find out about Stevenage and her initial visit 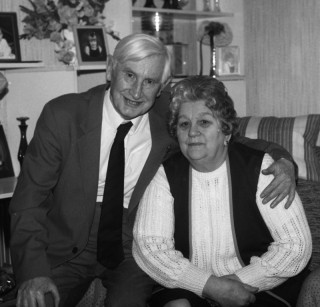 Finding out about Stevenage

Interviewer: How did you find out about Stevenage?

Ann: Well I had been very ill and I was going to the Hornsey Town Hall, I was on the list for a flat. My husband was active in the Labour Party at the time, and he happened to speak to this, one of the members and he said “Oh I hear they’re building in Stevenage” and I had been up to Hornsey Town Hall and they denied it, they knew nothing about it. Anyway, he found out that they were building in Stevenage and the builders would be housed in due course, he was saying. So we were very interested and we decided we’d come down to Stevenage. So we packed the kids up, and we come down on the workman for, I think it was one and eleven pence ha’ penny return on the workman. And we came to Sish Lane, and of course they were building some council houses there and I fell in love with them, I fell in love with Stevenage once I put my foot in on the ground. And we had a good walk round and we looked all round Monkswood, there wasn’t very many houses at the time, very few, and there wasn’t any really finished for habitation. And we decided yes we like it and he tried for a job but no he was just too late. So we went and had, we bought fish and chips in Stevenage high street and went and sat in King George’s field and had our picnic fish and chips… kids thought it was great.