You are here: Home>Topics>Growing Up>Clare Marsh talks about playing on the green

Clare Marsh talks about playing on the green 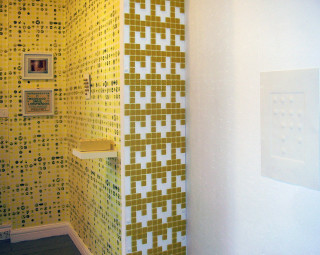 We played, out the front, which was on the green which was on this patch of ground that was at the front and literally all the children from the surrounding houses just came out onto this patch of grass and just played. And we roller-skated up and down the pavement. We did slow bicycle races up and down the pavement. We climbed the “Rocket Tree” which was a tree that grew on the edge of the green. And then we went further afield into Shephalbury Park. That was our territory, which had a, we thought it was a stream. It was a ditch which we used to dam. It was like a country childhood almost, ‘cos there were green, a lot of green open spaces and patches of trees, just left behind. There was the long grass which was just a neglected patch of grass and dock leaves and then it opened out onto the football pitch where we did hand-stands and that sort of thing and if you carried on walking far enough you got to the swings with an enormously high slide, see-saw, roundabout …