You are here: Home>Topics>Developing a new town>John Balchin discusses his book, "First New Town - An Autobiography of Stevenage Development Corporation 1946-1980" and his thoughts on Stevenage now

John Balchin discusses his book, "First New Town - An Autobiography of Stevenage Development Corporation 1946-1980" and his thoughts on Stevenage now

John Balchin talks about his book on Stevenage and the reviews he had received at the time. He also mentions his thoughts on how Stevenage now, but admits he is not as emotionally involved as other people. 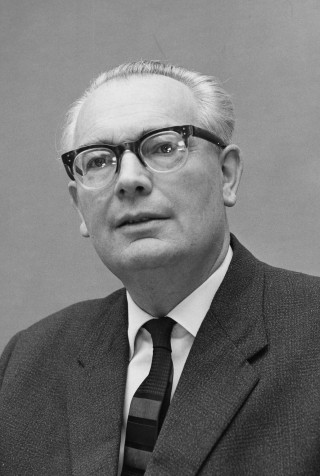 Interiewer: Are you happy with the book, as it turned out, was there anything you would feel that you liked to have covered more extensively , wasn’t covered or omitted?

Interviewee: No, no the, one can answer that in relation to the criticisms one has received subsequently towards publication the reviewers on the whole were quite kindly, they thought that for example, one or two that I had undervalued the local authority contribution, to the life and development of the new town which may be true. But by enlarge I wouldn’t want to add to it , I would like to write a post script which would be rather what has happened since viewed by the perhaps prejudiced eyes of a former corporation officer. I have walked down from David Woods place in Rectory Lane this morning and find some of the things are rather appalling. But that may be a wrong judgement on my part, you see so I am not, not having been here like some people in the, who have lived in the town or worked for the corporation over a long term where they become emotionally involved they have got, I was only here for seven years.