Leonard Vincent about building issues: which kind of buildings and which techniques?

The Development Corporation policy was to build prevalently traditional two-storey dwellings. The Government influenced the choice of the technique, pushing toward system building.

There was a drive to build high-rises, but only few were built in Stevenage.

“The Corporation had a policy; this was decided at top level of the actual Corporation itself. They wouldn’t go in for much, they wouldn’t go in for very much high flats or dwellings of that sort; they preferred to stick to the traditional two storey housing. Welwyn Garden City very much influenced, the way these people thought and in the end it’s turned out to be no bad thing. I mean there was a very big push in the 60s for high-rise flats and things of this sort, which as you know has been a mistake. The Development Corporation built a few – not all that high rise – but they were very minor accommodation mainly, one bedroom flats or bedsit flats, definitely not aimed at the family because we found, the housing people found and we found as planners, there is a steady proportion of the population that prefer to live that way so a few were built, the bulk have two storey housing.”

“One of the changes was the insistence by Government on the introduction of the system built houses that was a very big, and flats, I think from recollection, the Development Corporations were obliged to build 15% of all the dwellings in system building….Well not using bricks and mortar and roofs in the normal way, using a panel and post or something like that type of thing. We devised our own system in conjunction with Mowlem’s mainly, which was a poured concrete job and it was a monolithic thing and it was clad with bricks on the outside and it suffered none of the problems that we have seen in system building in other places, in fact I still maintain they are the best built houses in Stevenage – it takes something to shift those.” 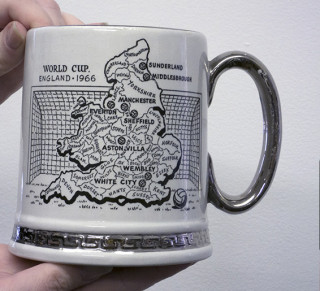