Project Partner covering the New Towns of Hatfield and Welwyn 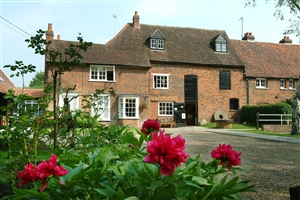 Welwyn Hatfield Museum Service was formed in the 1970s and its role is to collect objects, photographs, and documents related to the history of the towns of Welwyn Garden City and Hatfield, and their surrounding villages. The collection consists of approximately 40,000 objects including Natural History, Costume, Art, Archaeology and Social History items.

The Museum Service consists of two sites, Mill Green Mill and Museum based in the hamlet of Mill Green and Welwyn Roman Baths close to Welwyn village.

A water mill was first recorded on the Mill Green site in the Domesday Book of 1086 and the museum holds records of the names of the millers who worked at the site covering a period of several centuries. The mill stopped operating in 1911, but in the 1970s and 1980s underwent major restoration. Today, the mill continues to operate four days a week, to produce organic stone ground wholemeal flour.

Welwyn Roman Baths, the remains of a 3rd Century Roman Bath house is situated in a vault under the A1, on the Welwyn Bypass close to Welwyn village.

The Museum Service has a busy programme of events, activities and local history exhibitions throughout the year, and regularly participates in local and regional heritage projects.

Welwyn Garden City was established as a Garden City in 1920, the brain child of Sir Ebenezer Howard, after the success of his first garden city at Letchworth (1904). After the Second World War it was decided to arrange for Welwyn Garden City to be completed under the New Towns scheme. So in 1948, under the New Towns Act of 1946, both Hatfield and Welwyn Garden City became New Towns. The two towns were managed by one Board of Members, but there were in fact two separate Development Corporations, and all New Town records were kept for each town separately. The main function of the New Town development in this area was to provide housing and amenities for the thousands of people who came to live here, having gained employment in either of the town’s growing industries.